With a strong freedom-to-operate analysis and filing of a large number of patent applications, NordicCan A/S is ready to enter the Canadian and United States medicinal cannabis market. There are numerous major players in this industry, so it is important with professional advice in the field of patents. That is what NordicCan A/S gained from their cooperation with Kanved Patent Consulting.

For the first time, NordicCan A/S has invested heavily in preparing a large number of patent applications in the Canadian and United States medicinal cannabis markets. There are many major players in the market, particularly in the United States and Canada. Accordingly, it was important for the Danish company to file numerous, well-prepared patent applications in Canada and the United States. Here, Kanved Patent Consulting played a major advisory role, says Christopher Lambert, Chief Legal Officer at NordicCan A/S.

- For example, Nicolai Kanved helped creating a complete overview of patent opportunities. We also requested Nicolai to conduct a comprehensive freedom-to-operate analysis, in which he looked at potentially blocking patent rights. On the basis of that analysis combined with detailed input from NordicCan’s scientists on their product technologies, Kanved Patent Consulting drafted and filed a large number of comprehensive patent applications, which are now in the process of being issued, he says.

- The cannabis market is new to us, and our competitors are very active in the field of patents. With so many products, it was important for us to get it right from the beginning, and Nicolai provided us with expert assistance in this respect. Of course, a freedom-to-operate analysis and the implementation of a patent strategy involving the simultaneous filing of up to 20 patent applications in both the United States and Canada are expensive, but not doing so would be even more expensive, says Christopher Lambert.

Medicinal cannabis was legalised in Canada in 2019. This enabled NordicCan A/S to introduce their products to the North American market. There are certainly opportunities in the EU with a regulatory landscape, especially for CBD that is in the midst of change, he explains. Kanved Patent Consulting helped with strategic patenting in this context too.

The first patent is the most important

NordicCan A/S develops products based on the group’s platforms in areas such as chewing gum, liquefying tablets and sublingual tablets, and the collaboration between Kanved Patent Consulting and NordicCan A/S started with a wide-ranging, freedom-to-operate analysis for the purpose of gaining an overview of the market.

But Kanved Patent Consulting also helped NordicCan A/S to conceive and ensure broad patent protection, and to prosecute the applications in cooperation with national patent attorneys. The company has been issued one of the broad patent applications for a product combination of cannabis and chewing gum in the United States, and that is an important step, says Christopher Lambert.

- Until the patent is issued, it is difficult to enforce your rights. Now that we have been issued a patent for medicinal cannabis in the United States, we can prevent others from producing and marketing products that fall within the patent protection. The first patent is the most important one, because you can then use it in your marketing. Now, our competitors and potential customers become aware of our market position, he says.

- We have been open about the fact that this is a market we want to enter, and we chose to use Nicolai because we had faith that everything would be done with efficiency. He was fast in familiarising himself with our technologies and the way we work. It has been a pretty smooth process. It is difficult to find patent attorneys with in-depth understanding of the technologies we work with in the context of medicinal products, says Christopher Lambert.

In addition to the thorough analysis and filing of patent applications, Kanved Patent Consulting also helped NordicCan A/S to invalidate a patent from another company in order to provide the Danish company with greater room to manoeuvre.

- What we appreciate about Nicolai as a consultant is his great flexibility and business understanding. These are crucial factors.

- But, most of all, we have confidence that he can guide us through the process. The IP system can be extremely complicated, and the process of obtaining a patent also involves national patent attorneys and national authorities. In this respect, it is important to have someone like Nicolai – a consultant you can trust.

Why did NordicCan A/S choose us?

The Chief Legal Officer, Christopher Lambert, explains why he chose to collaborate with Kanved Patent Consulting.

What tasks do we perform?

Kanved Patent Consulting works for NordicCan A/S in the areas of:

The Danish company, NordicCan A/S (formerly Medcan Pharma A/S) focuses on the development and production of oral and intra-oral cannabis products. Chewing gum, tablets and lozenges are their key areas of business. They are now gaining a foothold for these products in the global markets, where the legal & regulatory framework allows. 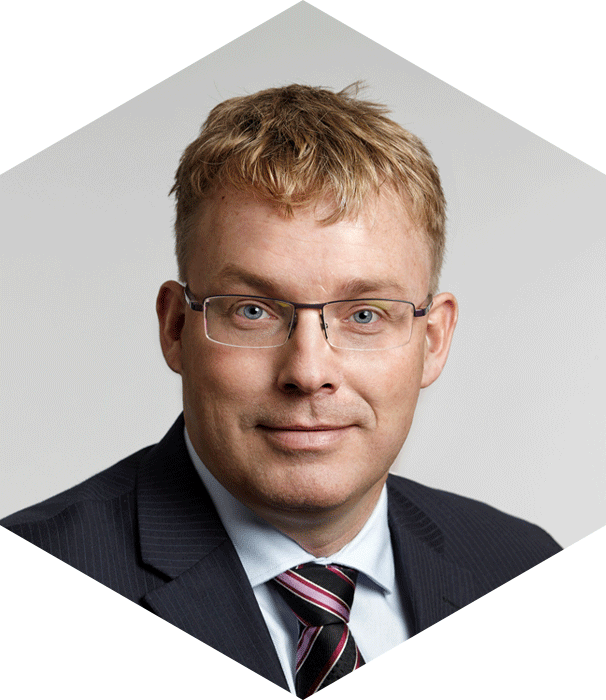 In Kanved Patent Consulting we have the experience, capacity and knowledge to advise you and your company in the field of IPR.

Kanved Patent Consulting is a full-service patent agency, specialized in technical, legal and strategic counseling in the field of patents and industrial designs. We have the capacity, experience and knowledge to advise in the field of intangible assets, from protection with patents and utility models to copyright, licensing and protection of trade secrets. Together, we convert your ideas into successful business propositions.